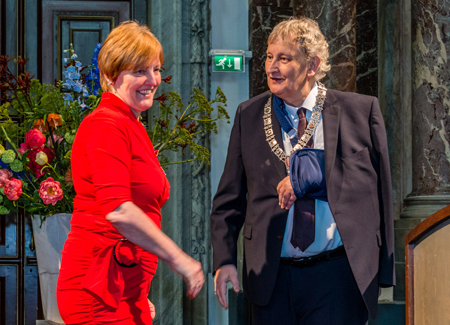 Sjan has been honoured for her work with adult dyslexics. During the 2017 annual honours list, Sjan Verhoeven has been appointed Knight in the Order of Orange-Nassau. She received this award from the Mayor of Amsterdam, Eberhard van der Laan, for her tireless efforts in reaching and helping adults with dyslexia. "The target group derives a lot of support from your efforts, it gives them self-confidence and practical tools. But perhaps more importantly you are helping the emancipation process of people with dyslexia in such a positive manner so that dyslexia is no longer considered a disorder," said Van Der laan. (Photos taken by Jitske Schols.) 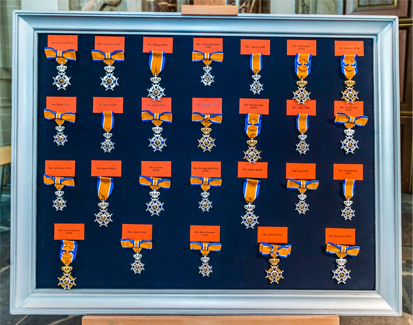 This award from the King is granted to Sjan for:

Another 25 citizins of Amsterdam also received an award in the Order of Orange-Nassau that day. 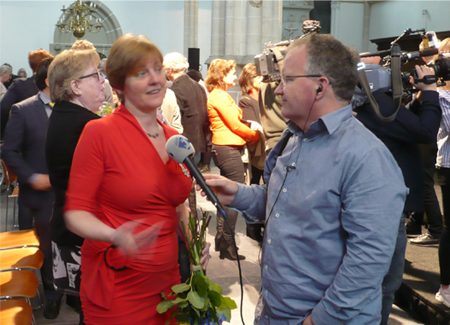 "I am very happy, I feel honoured and very grateful for this decoration. I particularly wish to thank all my clients who have so much confidence in me and with whom it's always a pleasure to work with. I feel especially blessed that I can do this work." Immediately after the ceremony in the New Church in the centre of Amsterdam, Sjan was interviewed by Radio 1, a national radio station. If you want to hear this short item on the news, click here. (Sorry, it is in Dutch) 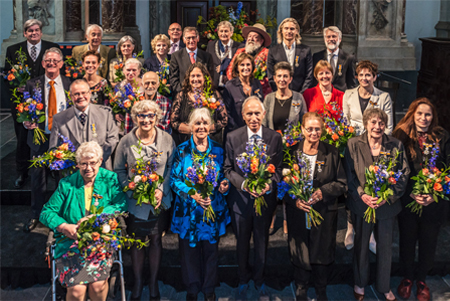 Sjan has been nominated by one very satisfied client who considers her perspective on dyslexia and her work for dyslexics so important that he wanted to put her in the spotlight. Such nominations have to be supported by at least five people who can declare that the nominee has played a considerable and important role in society. Well described criteria define on what grounds each of the six ranks in the Order of Orange-Nassau can be awarded. The nomination of Sjan Verhoeven was supported by several other clients, several experts in the field of dyslexia and two professors (one in the Netherlands and one in Italy).
Sjan about this: "I'm very excited that dyslexia now makes the news in this positive manner. I see this as a recognition for a vision of dyslexia that focuses positively on how dyslexics have a different way of thinking. I hope this event helps in the broader acceptance of this vision." 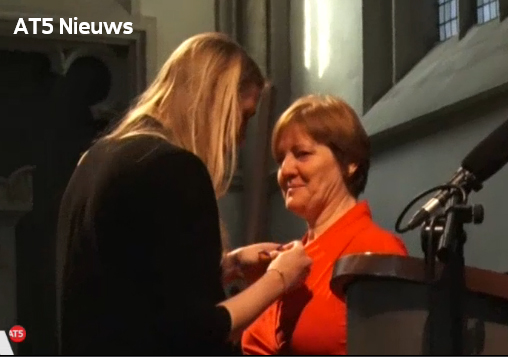 According to the proposal form, "working with adult dyslexics is a virtually unexplored area within the counselling of dyslexics, an area that is traditionally focused on children. The fact that adults also experience many problems as a result of their dyslexia remains unnoticed. Many of them end up sick at home or get fired because of it, even though that is not allowed. Sjan Verhoeven has become an innovator in this field of work." According to her client, "many dyslexics recognize themselves in her books and they give them support and acknowledgement, and thus the possibility and ability to function better and in a more relaxed manner at work." See more on our book when you click here. 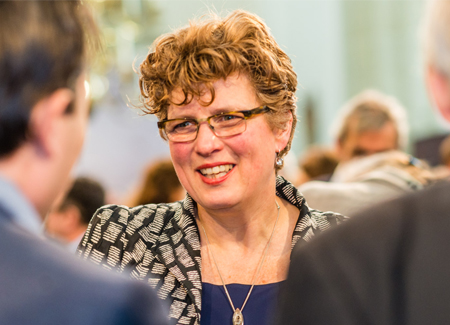 Gertrudie Boersen was also present at the ceremony in addition to the secretary, family and friends. Gertrudie: "Sjan is a pioneer in the field of "work and dyslexia" who dares to stick her neck out for what she believes in. She is always looking for new knowledge and insights into the brain, dyslexia, thinking processes and the behaviour of people. But above all, she asks herself in everything - whether it is something she experiences herself as a dyslexic or in what her customers tell her - what she and her customers can learn from it and how she can use it to help people. In this she shows her own vulnerability, but at the same time she is very powerful in the interventions she does in her counselling. I appreciate that enormously in her."

Would you like us to give a lecture or a course in your organization or at your event: click here.

Our visit last year in Italy was very successful and had several results: 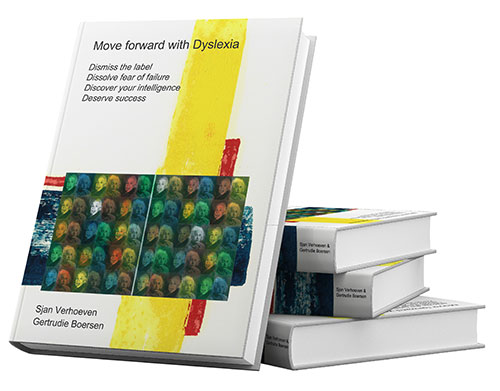 Last year (2017) Sjan gave a lecture on fear of failure with dyslexics at November 25 in Modena. More information, click here. 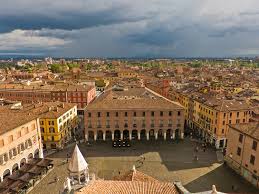 Do you want to go next year too? Send an email to: stradadeigeni@gmail.com

In Italy less people suffer from the symptoms of dyslexia. That is because their language is phonetically much easier than the English language. You pronounce what you see in Italian! The amount of dyslexics is off course relatively the same as in any country.