Sjan Verhoeven and Gertrudie Boersen have run their company Dynamika together since 2001 in Amsterdam, the Netherlands, offering organizational consulting, training and coaching. They have counseled more than 700 dyslexics since 2003. The book "Move forward with Dyslexia" is originally published in 2012 in Dutch. 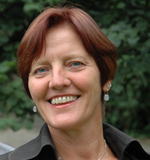 Sjan Verhoeven is herself dyslexic and highly gifted. She has also dyscalculia and ADHD. She works as a trainer, coach and cranio-sacral therapist, mainly with adults with dyslexia.

She has a bachelor degree in psychology, cranio-sacral therapy and social work.

She is also the author of the Dutch book: "Brighter than your boss. Dyslexia at work." Published in 2008 in the Netherlands and Belgium. 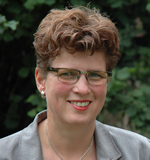 Gertrudie Boersen is not dyslexic. She is a trainer, coach, performs system constellations and helps people with life issues and adults with dyslexia to reduce their fear of failure.

She has a bachelor degree in: psychology, system constellations and occupational therapy.

She was also supporting author of the Dutch book: "Brighter than your boss. Dyslexia at work." 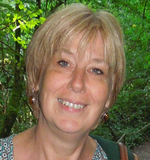 Annelies Heus is the secretary for both Sjan and Gertrudie, is not herself dyslexic and works on Mondays and Wednesdays. She often provides the initial information, handles off phone calls and plans agreements and schedules appointments. 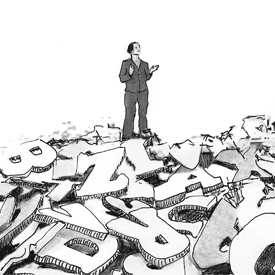 We are located in the Netherlands. Find more information about us on our Dutch website.